Caption: 1915, deportee camp of Armenians living under tents in the desert. All persons in the photo are in rags. Older man in foreground is picking lice from the head of a child, probably his daughter, as another girl looks on. Location: Ottoman empire, region Syria. 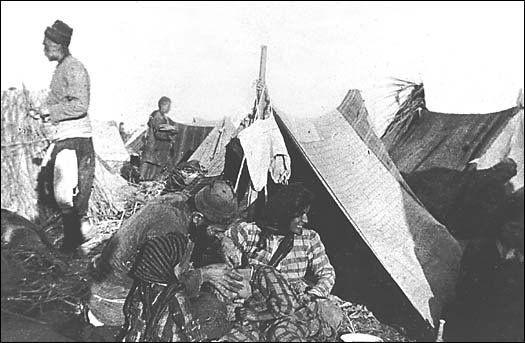