Special Exhibit on the YMCA in Armenia

Caption: "1915, Armenian deportees living in the open desert under makeshift tents. Central figure with long black robe and cap is an Armenian priest, probably performing burial rites for the dead a three men behind are kneeling while others are standing next to and behind the priest. Clothing of some deportees is already worn to rags. Location: Ottoman empire, region Syria. 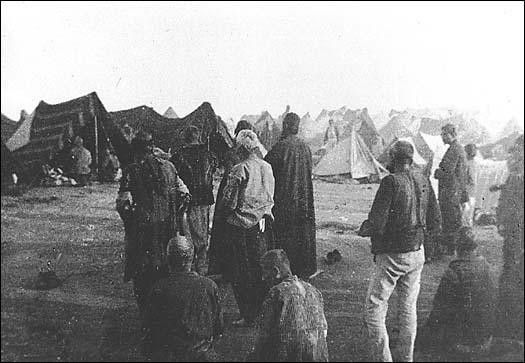