‘Destroy’ a compelling look at Armenian genocide and films about it 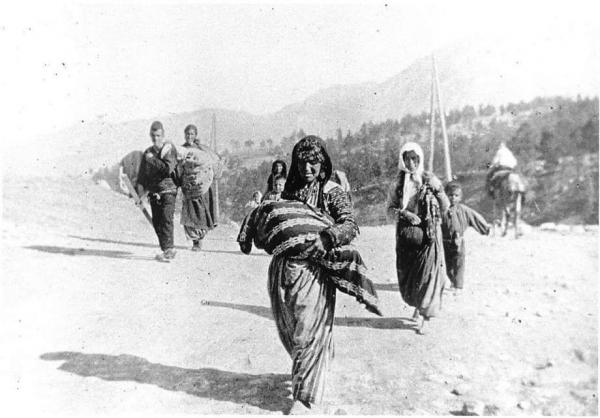 “Intent to Destroy,” by veteran documentarian Joe Berlinger, is a curious hybrid. It’s partly an account of the Armenian genocide of the early 20th century and the ongoing efforts of the Turkish government to deny it, and partly a look at attempts to make films about the massacres, including the big-budget 2016 drama “The Promise.”

The compression of these matters makes for a sometimes awkward fit, but the historical subject is of such importance that the film deserves viewing, especially by those unfamiliar with this series of horrific events.

The director uses standard materials — archival footage and photographs, plus interviews with historians and writers — to recount the genocide, in which 1.5 million Armenians were slain by forces of the Ottoman Empire during World War I. The Turkish government disputes the term genocide, and has contested many accounts and mentions of the event.

Berlinger is also concerned with the response to attempts to make films on the subject. Canadian director Atom Egoyan discusses problems that arose when he made “Ararat” in 2002, which involved Turkish atrocities. The film also points out that MGM was pressured by the Turkish government when it set out to make a film of a popular 1933 novel about the killings, “The Forty Days of Musa Dagh.”

“The Promise,” with Christian Bale and Oscar Isaac, was bankrolled by Kirk Kerkorian, an American businessman of Armenian heritage. Extensive use is made in “Intent to Destroy” of footage from this fictional work, to the point that it begins to seem as if “The Promise” is the real subject. In any case, we see moving sequences from that movie, and its making, involving Bale and actress Shohreh Aghdashloo.

We also watch actor Eric Bogosian participating in the first reading of the screenplay of “The Promise,” co-written by Terry George (“Hotel Rwanda”), who directed the film and was passionate to get it made.

Berlinger is known for his focus on “true crime” incidents, having made the “Paradise Lost” trilogy of documentaries about an Arkansas case of devil-worshipping teenagers accused of murder. His “Brother’s Keeper” details the trial of a man in an upstate New York farming community who was charged with killing one of his brothers. (These four films were all co-directed with Bruce Sinofsky.)

Although the director’s multipronged approach may dilute the impact of “Intent to Destroy,” there’s no denying the film’s value as an introduction to a major piece of history that continues to inspire debate of the most intense kind.