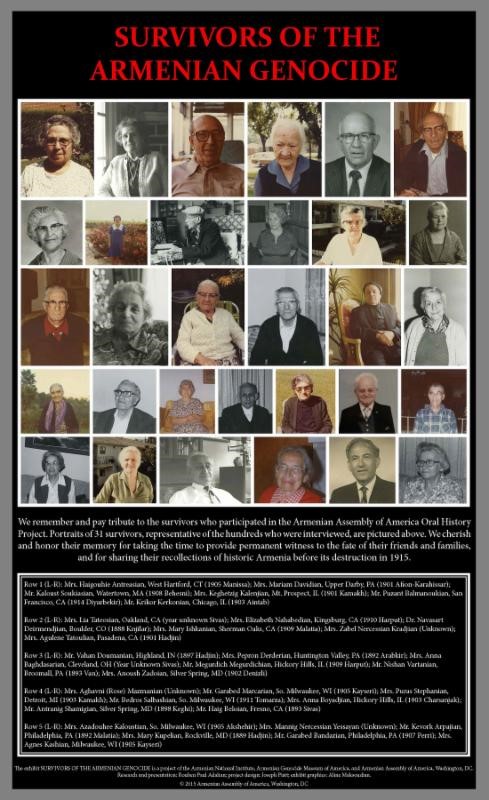 The exhibit features 31 survivors who participated in the Armenian Assembly of America Oral History Project in the 1970s and 1980s. The portraits were retrieved from the Assembly's archives and illustrates survivors from across the United States.

These survivors were living in California, Colorado, Connecticut, Pennsylvania, Illinois, Indiana, Massachusetts, Maryland, Ohio, and Wisconsin. They had been born in Armenia and Anatolia and became the founders of the Armenian American diaspora.

"We remember and pay tribute to the survivors who participated in the Armenian Assembly of America Oral History Project," reads the inscription on the panel, which goes on to explain that the portraits of the 31 survivors are representative of the hundreds who were interviewed and gave oral testimony.

"We cherish and honor their memory for taking the time to provide permanent witness to the fate of their friends and families, and for sharing their recollection of historic Armenia before its destruction in 1915," the inscription concludes.

Founded in 1997, the Armenian National Institute (ANI) is a 501(c)(3) educational charity based in Washington, DC, and is dedicated to the study, research, and affirmation of the Armenian Genocide.
###
NR#: 2015-06