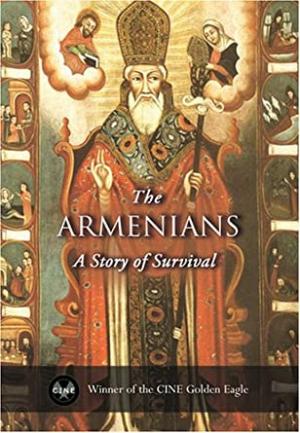 The Armenians
A Story of Survival

Description:
This documentary explores the journey and struggle of the Armenian people - from their humble beginnings near the Middle East through their Christian conversion in 301, their near elimination during the first genocide of the 20th century to the birth of the Armenian nation. Shot in twelve countries and narrated by Olympia Dukakis, the show includes interviews with Nobel Prize laureate Elie Wiesel, Dr. Robert J. Lifton (Author: The Nazi Doctors), the Head of the Armenian Church, Catholicos Karekin II, and the President of Armenia, Robert Kocharian. The Armenians also includes never before seen footage of the Armenians in 1915 and Soviet Armenia.

Available from:
Available on DVD from Amazon.