Encyclopedia of Genocide (2 Volumes and available as an ebook) 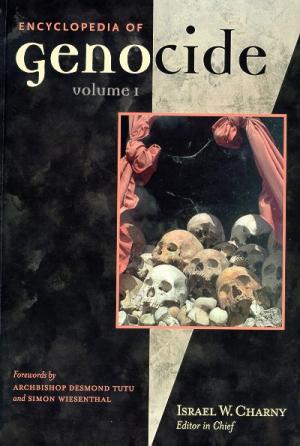 Encyclopedia of Genocide (2 Volumes and available as an ebook)

"It is sadly true what a cynic has said, that we learn from history that we do not learn from history. And yet it is possible that if the world had been conscious of the genocide that was committed by the Ottoman Turks against the Armenians, the first genocide of the twentieth century, then perhaps humanity might have been more alert to the warning signs that were being given before Hitler's madness was unleashed on an unbelieving world."

Description:
The first comprehensive reference work on the topic, The Encyclopedia of Genocide was edited by Dr. Israel Charny, executive director of the Institute on the Holocaust and Genocide in Jerusalem. In addition to forewords by Archbishop Desmond Tutu and Simon Wiesenthal, nearly 100 specialists contributed to this work, which emphasizes events of genocide in the twentieth century. All entries are signed, and many contain selections for further reading. The encyclopedia provides multiple entries on the Armenian Genocide.

Articles from the encyclopedia related to the Armenian Genocide can be found under "Educational Resources," "Encyclopedia Entries.”

For more information about the eBook version of the encyclopedia and an electronic tour of the book, click on the link below.
http://www.abc-clio.com/products/overview.aspx?productid=109124&viewid=1