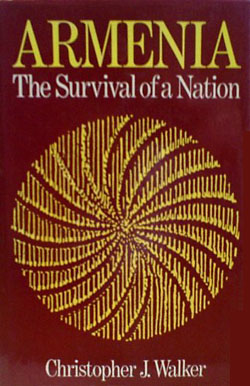 "The actual decision to take measures against Armenians seems to have been taken by the Central Committee of the Committee of Union and Progress in mid-February 1915. From the actions which followed, which have been thoroughly documented, we can gather what the measures were: quite simply, the extermination of Ottoman Armenians in Armenia."

Description:
A pioneering modern history of Armenia. The author traces the hopes and disappointments that preceded the genocide. The Armenian massacres of 1894-1896, 1909, and 1915 are described in lucid detail and the fate of the Armenian communities in all the areas affected is examined individually. The author also relates the Armenians' attempt to rebuild a state of their own in the aftermath of World War I, amid hopes of restitution that were never realized. The book also contains brief biographies of more than 120 leading Armenian political, military, and literary figures.