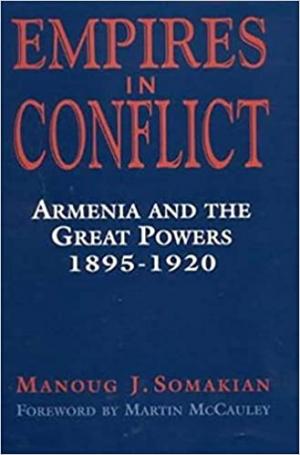 Description:
Somakian's book traces the emergence of the 'Armenian Question' through an account of the Great Power interests in the region and the rise of Armenian nationalism and radical politics. He uses this historical context to explore the growing hostility towards Armenians in the First World War, and shows how they came to be regarded as a dangerous fifth column and subjected to forced population movements and one of the most brutal genocides of the twentieth century. Based on a wide range of original sources, this is an account of how, despite the fact of widespread sympathy for their plight, the Armenian people came to be left isolated and truncated between their two great neighbors.