A Problem from Hell: America and the Age of Genocide 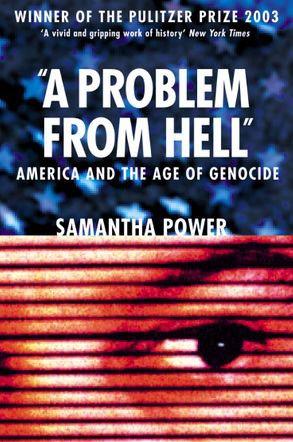 A Problem from Hell: America and the Age of Genocide

Description:
Based on her study of various well publicized incidents of genocide during the 20th century, Power concludes that Americans are slow to respond to genocide, and that the battle to generate US government intervention is lost in the realm of domestic politics and personal ambition. She begins the book with the Armenian Genocide and while it captures a small number of pages (about 20) in a 656 page book it sets the theme for the whole work. Power has placed the Armenian Genocide at the beginning of the problem of how America responds to genocide and methodically constructs the argument that America's actions concerning the Armenians set a precedent in U.S. foreign policy still followed today.