The Burning Tigris: The Armenian Genocide and America's awakening to International Human Rights 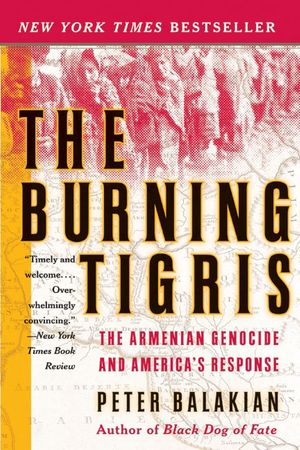 The Burning Tigris: The Armenian Genocide and America's awakening to International Human Rights

"The U.S. response to the Armenian crisis, which began in the 1890s and continued into the 1920s, was the first international human rights movement in American history and helped define the nation's emerging global identity."

Description:
Using archival documents and first-person accounts, Balakian presents the history of how the Young Turk government implemented the first modern genocide behind the cover of World War I. And in the telling, he also revives a forgotten part of American history. America's humanitarian movement for Armenians was an important part of the rising nation's first era of internationalism. Intellectuals, politicians, diplomats, religious leaders and ordinary citizens came together and tried to save the Armenians. After World War I, U.S. oil interests in the Middle East steered America away from assistance to the Armenians. As Balakian points out, America's struggle between human rights and national self-interest --a pattern that would be repeated again and again --resonates powerfully today. In central ways, America's involvement with the Armenian Genocide is a model for the U.S.'s approach to international human rights concerns in the 20th century.