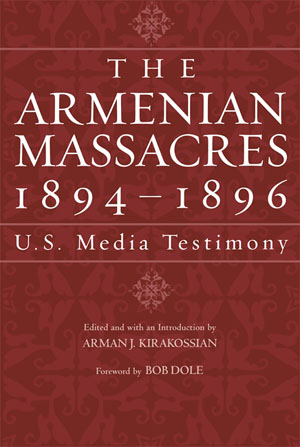 Description:
This compilation of articles, published in the U.S. media between 1895 and 1899, reflects the deep concern of the American public for the Armenian people, and also offers a fascinating window onto the world politics of the time--especially on the challenges of coordinating international action once news of the massacres began to emerge.Throughout these thirty-five reprinted articles, written by American diplomats, missionaries, journalists, religious and public figures, and scientists, the plight of the Armenian people unfolds.