The Armenians: A People in Exile 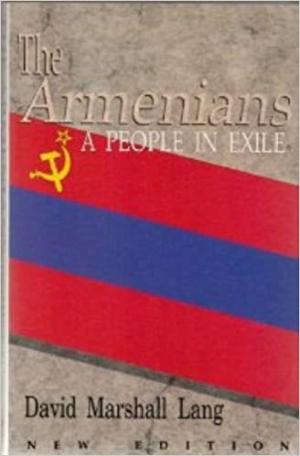 The Armenians: A People in Exile

"Patriotic Armenians see this sentimental attachment to the original homeland in Anatolia and the Transcaucasia as a kind of spiritual sheet anchor, preventing them from being absorbed into the alien communities among whom their destiny has led them to settle."

Description:
This book is a companion volume to the author's earlier work "Armenia - Cradle of Civilization". For some 2000 years the Armenians have been partly a people in exile. David Marshall Lang tells the story of the Armenian dispersion and gives an account of the persecution of the Armenians by the Turks from 1895 to 1922. He relates how even before the massacres, Armenians had spread all over the world and shows how they enriched the life of the peoples among whom they settled through their commercial enterprises and their contributions to art, architecture, music, cooking and folklore. Lang's historical account stops before Armenian independence in 1991.