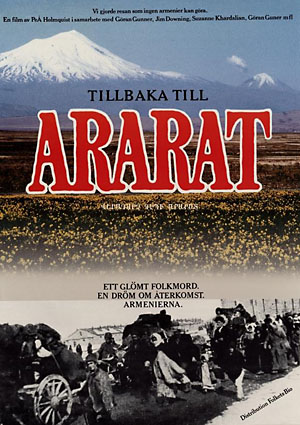 Description:
The first genocide of this century occurred during the first World War, when 1.5 million Armenians were killed, and an entire nation was driven from its land. Back to Ararat is the first film to examine this tragic episode in depth. Traveling from the old ruins to new Armenian communities around the world, the film presents a people united in its dream of returning to its homeland. But no one will listen to their arguments. In fact, Turkish representatives in the film argue the genocide never took place. Back to Ararat is a powerful reminder of a global injustice which has gone unaddressed.