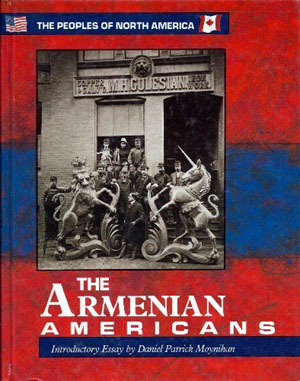 "One resource for keeping ancestral links alive was the traditional Armenian emphasis on family life....Moreover, the witnesses of Genocide felt it their special duty to ensure the survival of the Armenian people."

Description:
The Peoples of North America series examines the widely diverse ethnic groups which make up the United States and Canada. This volume on the Armenian Americans describes the great hardship endured to reach the shores of America, the struggles to win acceptance in the New World while retaining their unique habits, customs and beliefs, how they contribute to the shared identity of being American, and explain how they have recovered from the tragic effects of the Armenian Genocide.