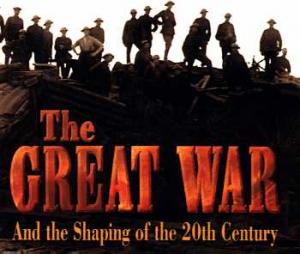 The Great War and the Shaping of the 20th Century
Total War: Cassette Two, Episode Three

Description:
This episode concludes with the telling of the first genocide of the 20th century -- the ultimate form of total war against civilians -- and the fact that the mass murder of Armenian civilians planted seeds in the mind of a young German soldier: Adolf Hitler.

Learn more about The Great War on the PBS web site.

A description of the accompanying book is available in the ANI Resource Guide .