Death and Resurrection: A Novel of the Armenian Massacres 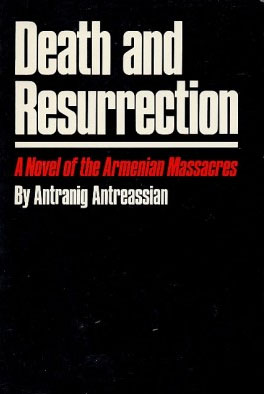 Death and Resurrection: A Novel of the Armenian Massacres

"Time and space had lost meaning and measure. From dawn to sunset the caravan was prodded ahead. No hope was left among the exiles; any reserves of faith that they might escape the hell that hounded them had dried up. Darkness continued to drape their days. How was this going to end? And where? When?"

Description:
A novel set during the Armenian Genocide, written by a well-known Armenian-American author who was a survivor of the tragedy. It is a story vividly and dramatically told of life on the deportation trails, the resistance of some and the ultimate death for many in the deserts of Mesopotamia. The book traces the difficulties encountered after the Armenians established an independent republic in 1918 and concludes with the subsequent establishment of the Soviet Republic of Armenia in 1920.