Genocide: Its Political Use in the Twentieth Century 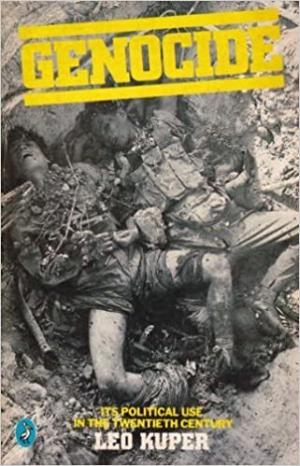 Genocide: Its Political Use in the Twentieth Century

"The word is new, the crime is ancient."

Description:
Examines how certain political, social, economic, and religious events can result in happenings that seem to defy belief. Clear and direct, the book focuses attention on atrocities most people prefer not to think about or discuss. Kuper includes a chapter on the Armenian Genocide, which he refers to as "the forgotten genocide" and points out that "contemporary indifference is in sharp contrast to the deep international concern at the time." A former lawyer, sociologist, and human rights activist, Kuper has been an outspoken critic of the failure of the international community to deal with potentially genocidal situations by exposing the perpetrators of atrocities and by developing early warning systems.