The Armenians: From Genocide to Resistance 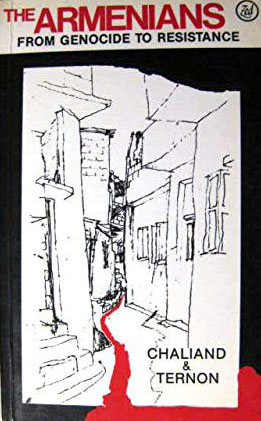 The Armenians: From Genocide to Resistance

"Armenians of the latter half of the twentieth century were the secretly suffering inheritors of a genocide that the world refused to recognize and was scarcely aware of."

Description:
Two well-known writers on contemporary issues and national liberation struggles bring together a selection of documents that testify to the facts of the Armenian Genocide. They describe the tragedy, illustrated by contemporary photographs, and discuss its consequences up to the present day. They also address the episode of political violence, perpetrated during the 1970s and early 1980s by clandestine Armenian groups seeking redress for the genocide, by looking at the phenomenon of what is clinically called transgenerational trauma.