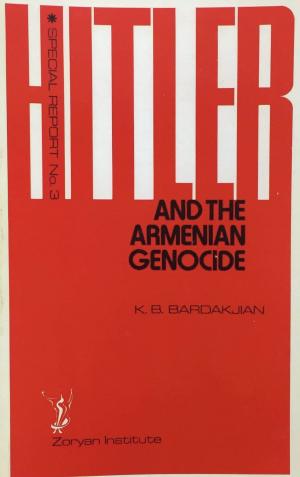 "Few realized, at the time, that the Holocaust was the latest in a chain of systematic butcheries that by now formed a clear pattern of increasing massive violence."

Description:
Through meticulous research, Dr. Bardakjian explores the background to the statement made by Adolf Hitler in August 1939, in which he justified his plan to destroy Poland and create a new order by asking, "Who remembers now the destruction of the Armenians?" Dr. Bardakjian demonstrates that Hitler was well aware of what happened to the Armenians and that the actions of the Young Turk leaders against the Armenians figured into his racial policies. Hitler's rhetorical question took on an ominous significance with the extermination of the Jews and Gypsies during World War II. Many have argued that the failure to bring the Young Turk government to justice for its crimes against the Armenians led Hitler to believe he would not be held responsible for his own crimes against humanity.