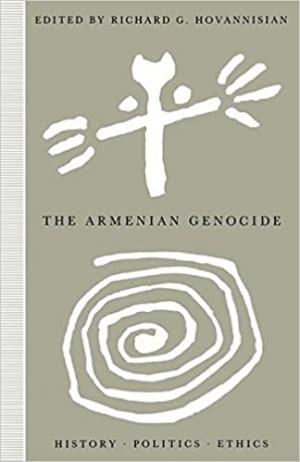 "The commitment of the Allied Powers to punish the architects of the Armenian Genocide receded before geopolitical and economic considerations following the First World War, and even the courts-martial set up by the new Turkish government were soon discredited and ceased to function. With few exceptions, the organizers of and participants in the genocide lived out their natural lives without any form of punishment, retaining the goods and properties of their victims. More than one Turkish industrial scion today is heir to a family fortune founded on the enterprises of dispossessed Armenians. In contrast with the aftermath of the Holocaust there was no redemption, no compensation, no contrition. Instead, the world seemed to succumb to prolonged amnesia, compounding the agony of the dispersed survivors."

Description:
This collection of essays presents a multi-disciplinary investigation and interpretation of the Armenian Genocide. Each contributor examines the event from a unique perspective. Methods of study include archival research, political analysis, field work, comparative investigation of genocide, and analysis of the literary response. This work explains the historical, cultural, and political conditions which led to the Armenian Genocide and to the subsequent claims that it never actually took place. The papers in the collection were presented at a conference convened by George Deukmejian, Governor of the State of California, who remarked: "By learning more about what happened to the Armenians, we may help to prevent such unconscionable crimes in the future."