The History of the Armenian Genocide: Ethnic Conflict from the Balkans to Anatolia to the Caucasus 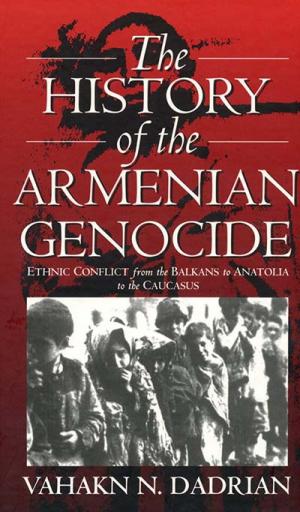 The History of the Armenian Genocide: Ethnic Conflict from the Balkans to Anatolia to the Caucasus

"Perhaps the most daunting lesson of the history of the Armenian genocide is the grim evidence of consistency with which the victimization of the Armenians has proven unpreventable but also has been proven impervious to punishment. One is faced here with the persistence of the dismal reality of impunity perversely functioning as a negative reward benefiting the camp of the perpetrators, past and present, and rendering the latter as remorseless as ever. It is within this context that the Turkish denial syndrome needs to be understood and dealt with. The impulse to deny the crime is entwined with and sustained by the reality of impunity."

Description:
This study by the most distinguished scholar of the Armenian tragedy offers an authoritative analysis by presenting it as a case study of genocide and by seeing it as a historical process in which a domestic conflict escalated and was finally consumed by a global war. It also established a link between genocide and nationality conflicts in the Balkan peninsula and the Turko-Armenian areas. The volume contains the results of twenty years of research and analysis and is considered the definitive work on the subject.