Some of Us Survived 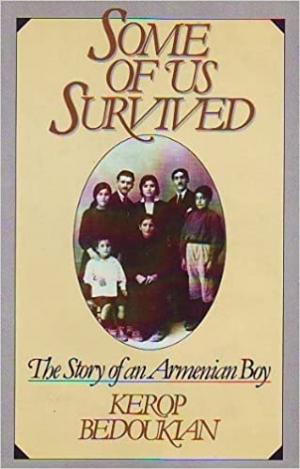 Some of Us Survived

"They were a forlorn, scared and miserable lot who felt that there was not a single person in this world, Armenian or otherwise, who cared for their safety, welfare, or happiness. They were a forgotten section of the human race."

Description:
A poignant story, told though the eyes of Kerop Bedoukian, who was a nine-year-old child at the time of the genocide. Kerop, his mother, and the rest of his family with the exception of his father (who had been taken away by Turkish soldiers), and 30,000 other Armenians were evicted from their homes in Sivas, gathered into a column, and driven into the desert where only 1,500 survived. Kerop and his family were among the survivors, some of whom went to the United States, while others emigrated to Canada, via Bulgaria and England.