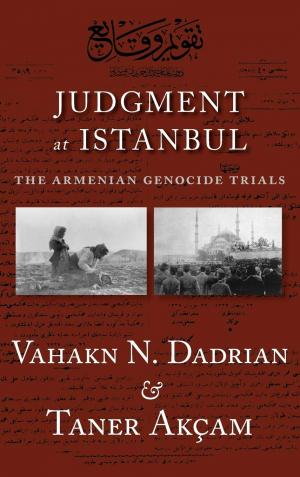 Description:
This book provides vital background information and is a prime source of legal evidence and authentic Turkish eyewitness testimony of the intent and the crime of genocide against the Armenians. After a long and painstaking effort, the authors, one an Armenian, the other a Turk, generally recognized as the foremost experts on the Armenian Genocide, have prepared a new, authoritative translation and detailed analysis of the Takvim-i Vekâyi, the official Ottoman Government record of the Turkish Military Tribunals concerning the crimes committed against the Armenians during World War I. The authors have compiled the documentation of the trial proceedings for the first time in English and situated them within their historical and legal context. These documents show that Wartime Cabinet ministers, Young Turk party leaders, and a number of others inculpated in these crimes were court-martialed by the Turkish Military Tribunals in the years immediately following World War I. Most were found guilty and received sentences ranging from prison with hard labor to death. In remarkable contrast to Nuremberg, the Turkish Military Tribunals were conducted solely on the basis of existing Ottoman domestic penal codes. This substitution of a national for an international criminal court stands in history as a unique initiative of national self-condemnation. This compilation is significantly enhanced by an extensive analysis of the historical background, political nature and legal implications of the criminal prosecution of the twentieth century’s first state-sponsored crime of genocide.