Ravished Armenia and the Story of Aurora Mardiganian 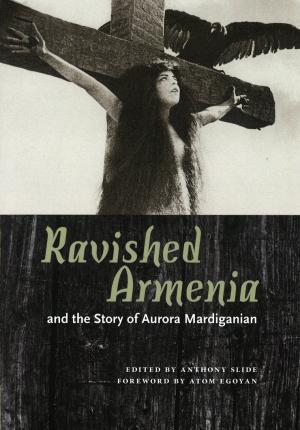 Ravished Armenia and the Story of Aurora Mardiganian

"The sisters walked on with their arms about each other. They dared not even look around to where their mother lay upon the ground. When we could hear the woman's moans no longer I walked over to them and asked them to let me stay near them. I knew how they must feel. I wondered if my own mother and my littler brothers and sisters had lived."

Description:
Ravished Armenia was the personal account by Aurora Mardiganian of the brutal murder of the Armenian people in the Ottoman Empire. The book was first published in 1918, shortly after Mardiganian's arrival in the United States. It was subsequently filmed in 1919, and both the book and the movie created a considerable stir throughout the Western world. The movie has been lost since and to date no copies have been located. In this work the original book is reprinted along with original documentation on the film. The editor remarks that just as the Western world would appear determined not to acknowledge the genocide of the Armenian people, so it would seem that history conspired to destroy Ravished Armenia, the only personal filmed record of what took place between 1915 and 1918.