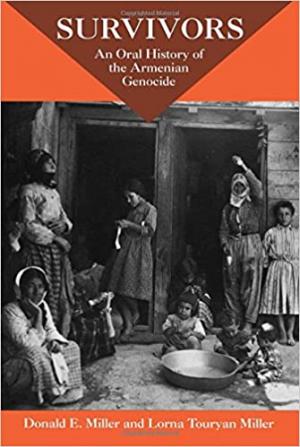 "Given the amount of world press coverage of the massacres of Armenians at the time of the deportations, it is difficult to believe that fifty years later the same newspapers, under the pressure of lobbying by the Turkish government, would refer to the genocide of the Armenians as "alleged." But denial seems to be the final stage of most genocides. Denial is motivated, in part by our own fear of suffering and death, but beyond that, genocide is a moral embarrassment that the perpetrator, as well as the observing world community, often seeks to repress. It is only the victims who struggle with the problem of forgetting."

Description:
The first comprehensive study of the Armenian Genocide based on survivor testimony, this book goes beyond the Armenian case to raise important issues about genocide in the twentieth century and about the ways that people cope with traumatic experience. While much in this book is wrenchingly painful, it also speaks to the strength of the human spirit. The men and women whose stories appear in this book describe the breakup of villages, long forced marches--ostensibly to refugee camps, but more often ending in massacre or starvation--the devastating experience of seeing family members die, the occasional kindness of sympathetic Turks along the deportation routes, and post-war life in orphanages in Syria and other parts of the Middle East. Using these survivor's experiences as well as historical documents of the period, the Millers reconstruct the events of 1915, enriching their narrative with insights drawn from psychological theory, ethics, and religious studies.