Lions of Marash: Personal Experiences with American Near East Relief 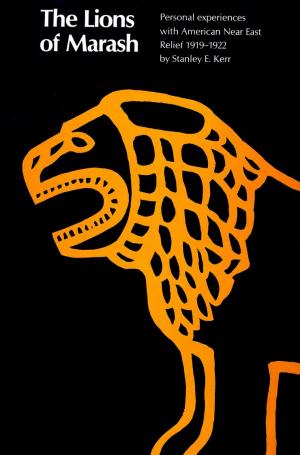 Lions of Marash: Personal Experiences with American Near East Relief

"Situation in Marash desperate. Reign of terror in city since January 21. Hundreds of men, women, and children massacred daily. No power to stop this as Frenchmen are distinctly on defensive, forces and munitions inadequate. Americans have little hope if French are overpowered, as soldiers defend our property."

Description:
An eyewitness account of the Armenian massacres by Stanley Kerr, an American Near East Relief official in the town of Marash, in central Anatolia, from 1919 to 1922. On February 10, 1920, the French garrison at Marash withdrew abruptly under cover of darkness, abandoning more than 20,000 Armenians to the Turkish Nationalist forces. The French withdrawal led to the massacre and final dispersion of the Armenians of Marash. It was at great personal risk that Kerr and his colleagues stayed at their posts to help the thousands of Armenians who had been deserted.