The Armenian Genocide: Evidence from the German Foreign Office Archives, 1915-1916 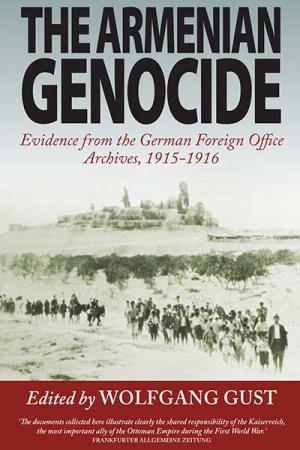 The Armenian Genocide: Evidence from the German Foreign Office Archives, 1915-1916

Description:
In 1915, the Armenians were exiled from their land, and in the process of deportation 1.5 million of them were killed. The 1915-1916 annihilation of the Armenians was the archetype of modern genocide, in which a state adopts a specific scheme geared to the destruction of an identifiable group of its own citizens. Official German diplomatic documents are of great importance in understanding the genocide, as only Germany had the right to report day-by-day in secret code about the ongoing genocide. The motives, methods, and after-effects of the Armenian Genocide echoed strongly in subsequent cases of state-sponsored genocide. Studying the factors that went into the Armenian Genocide not only gives us an understanding of historical genocide, but also provides us with crucial information for the anticipation and possible prevention of future genocides.

Wolfgang Gust is an independent scholar based in Germany. For many years he was Foreign News Editor and Correspondent with the highly respected German news magazine Der Spiegel. He is the author of two previous books about the Armenian Genocide and the Ottoman Empire, as well as several articles related to the subject.