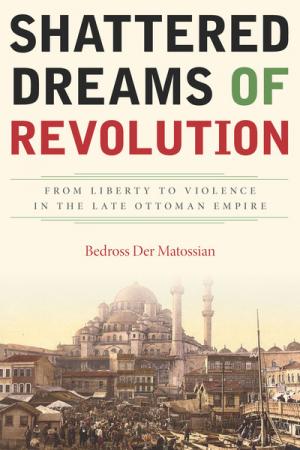 "This book tells the story of the shattered dreams of Arabs, Armenians, and Jews, three diversified ethnic groups representing vast geographic areas, as well as a wide range of interest groups, religions, classes, political parties, and factions. I would like to clarify an important point: my choice to use the concept of “ethnic group” rather than “national group.”"

Description:
The Ottoman revolution of 1908 is a study in contradictions—a positive manifestation of modernity intended to reinstate constitutional rule, yet ultimately a negative event that shook the fundamental structures of the empire, opening up ethnic, religious, and political conflicts. Shattered Dreams of Revolution considers this revolutionary event to tell the stories of three important groups: Arabs, Armenians, and Jews. The revolution raised these groups' expectations for new opportunities of inclusion and citizenship. But as post-revolutionary festivities ended, these euphoric feelings soon turned to pessimism and a dramatic rise in ethnic tensions.