Smyrna's Ashes: Humanitarianism, Genocide, and the Birth of the Middle East 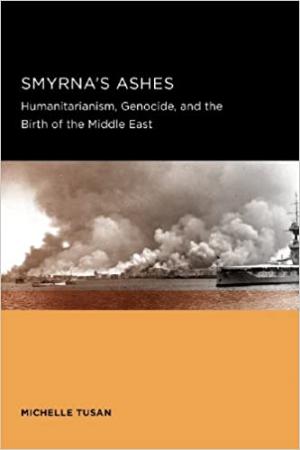 Smyrna's Ashes: Humanitarianism, Genocide, and the Birth of the Middle East

"Writing in 1907 the traveller and journalist William LeQueux argued that “t[he] countries denominated by the general name of the Near East are, by their geographical position and fertility, of immense importance. They have been the cradle of the ancient civilization and of rich and powerful empires. The reason of their gloomy present does not lie either in the exhaustion of the soil or in the loss of their geographical importance, but in the administration which the Turk has established for centuries over them. A change in administration will bring resurrection"

Description:
Today the West tends to understand the Middle East primarily in terms of geopolitics: Islam, oil, and nuclear weapons. But in the nineteenth century it was imagined differently. The interplay of geography and politics found definition in a broader set of concerns that understood the region in terms of the moral, humanitarian, and religious commitments of the British empire. Smyrna’s Ashes reevaluates how this story of the “Eastern Question” shaped the cultural politics of geography, war, and genocide in the mapping of a larger Middle East after World War I.