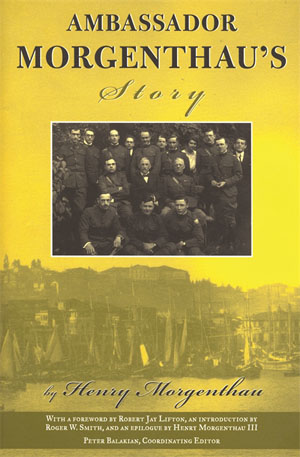 "I am confident that the whole history of the human race contains no such horrible episode as this. The greatest massacres and persecutions of the past seem almost insignificant when compared with the sufferings of the Armenian race in 1915."

Description:
The memoirs of Henry Morgenthau, the American Ambassador to Turkey from 1913 to 1916, who was present at the time of the Ottoman destruction of the Armenians. Morgenthau recounts several conversations he had with Talaat Pasha, the Minister of the Interior and one of the architects of the Armenian Genocide. Morgenthau tried unsuccessfully to intervene on behalf of the Armenians on many occasions, and he reveals his horror and frustration at the callous intransigence of the Young Turk leaders.