Confiscation and Destruction: The Young Turk Seizure of Armenian Property 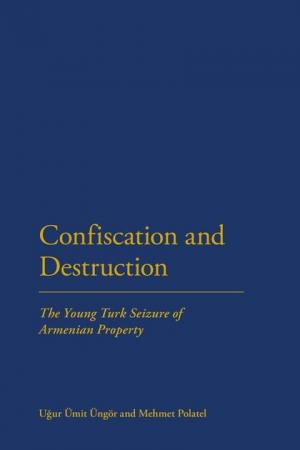 Confiscation and Destruction: The Young Turk Seizure of Armenian Property

"The redistribution of Armenian property or even the very dispossession itself became a bone of contention and a source of conflict during the process. Institutions and individuals competed to keep confiscated Armenian property for themselves and their constituency. In other words, competition within the perpetrator group existed at the institutional level as well as the individual level."

Description:
This book is a study of the mass sequestration of Armenian property by the Young Turk regime. It details the emergence of Turkish economic nationalism, offers insight into the economic ramifications of the genocidal process, and describes how the plunder was organized on the ground. Th is book will shed light on the interrelated nature of property confiscation initiated by the Young Turk regime and its cooperating local elites. It will also offer new insights into the functions and beneficiaries of state-sanctioned robbery. Th is study builds upon the work of other scholars who have worked on partly overlapping subjects such as the fate of Ottoman Armenians during World War I, Turkish economic nationalism, genocide theory, and local histories of Ottoman towns and Turkish cities.