The Armenian Genocide: A Complete History 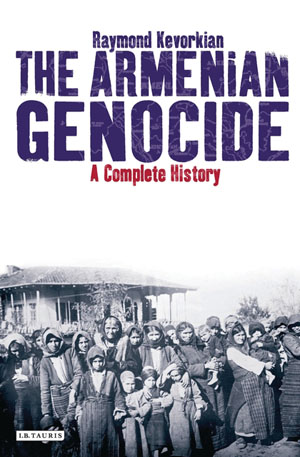 The Armenian Genocide: A Complete History

"Officially, the "Euphrates line" constituted...the principal region in which the Ottoman authorities chose to "settle" the Armenian population that had been "displaced to the interior." In theory, the assets confiscaed from the Armenians were to have been used to settle the new migrants in the desert regions of Syria and Mesopotamia, inhabited by a few thousand sedentary Arabs and Cicassians and thinly sprinkled with tribes of Bedouin nomads. Deportees were to be found on the Euphrates line from an early date. There were 15,000 of them there in early August 1915; by late September, the number had risen to 23,300, soaring to 310,000 by early February 1916. These exiles were split up between Meskene and Der Zor. Throughout the period in question,this trajectory was synonymous with death for all the deportees."

Description:
The Armenian Genocide was one of the greatest atrocities of the twentieth century, an episode in which up to 1.5 million Armenians lost their lives. In this major new history, the renowned historian Raymond Kévorkian provides an authoritative account of the origins, events and consequences of the years 1915 and 1916. He considers the role that the Armenian Genocide played in the construction of the Turkish nation state and Turkish identity, as well as exploring the ideologies of power, rule and state violence. Crucially, he examines the consequences of the violence against the Armenians, the implications of deportations and attempts to bring those who committed the atrocities to justice.

Kévorkian offers a detailed and meticulous record, providing an authoritative analysis of the events and their impact upon the Armenian community itself, as well as the development of the Turkish state. This important book will serve as an indispensable resource to historians of the period, as well as those wishing to understand the history of genocidal violence more generally.