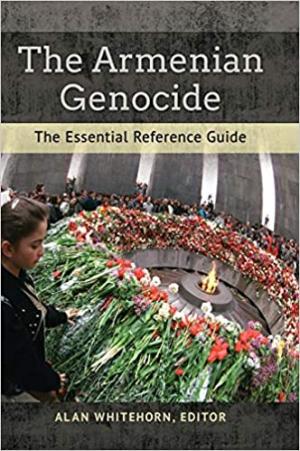 "Descriptions by eyewitnesses of the conditions of the deportees are horrifying. Along the deportation route, local villagers and townspeople were forbidden from giving the deportees food or water. The emaciated civilians were eay picking for robbery, kidnapping, rape, and murder."

Description:
The Armenian Genocide has often been considered a template for subsequent genocides and is one of the first genocides of the 20th century. As such, it holds crucial historical significance, and it is critically important that today's students understand this case study of inhumanity. This book provides a much-needed, long-overdue reference volume on the Armenian Genocide. It begins with seven introductory analytical essays that provide a broad overview of the Armenian Genocide and then presents individual entries, a historical timeline, and a selection of documents.

This essential reference work covers all aspects of the Armenian Genocide, including the causes, phases, and consequences. It explores political and historical perspectives as well as the cultural aspects. The carefully selected collection of perspective essays will inspire critical thinking and provide readers with insight into some of the most controversial and significant issues of the Armenian Genocide. Similarly, the primary source documents are prefaced by thoughtful introductions that will provide the necessary context to help students understand the significance of the material.