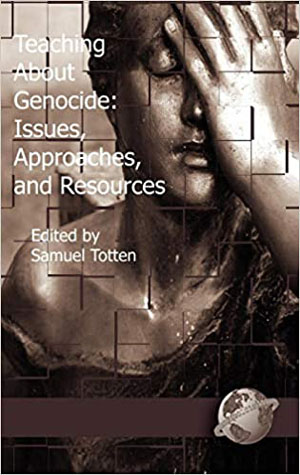 Description:
Teaching About Genocide: Issues, Approaches and Resources, which is comprised of essays by some of the most noted scholars working in the field of genocide studies, addresses a host of issues, including but not lomited to the following: the significance of establishing strong ratinales prior to teaching about a specific aspect of genocide; a broad overview of the history of genocide; issues surrounding the definition of genocide and ways to address them in he classroom; case histories of major genocide; instructional strategies useful for teaching about genocide; a discussion of the humanrights/genocide connection; and an examination of the complexities surrounding the issue of the intervention and prevention of genocide, along with delineation of strategies for addressing the latter in the classroom.