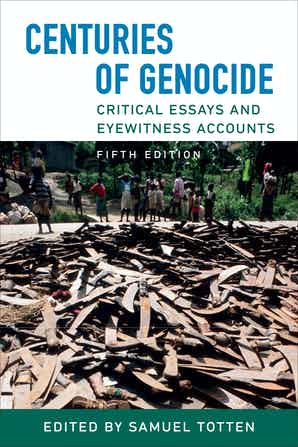 Description:
The new edition of this market-leading textbook includes a revised introduction and updated chapters with new research and insights. Four new case studies of twenty-first-century genocides bring this horrific history up to the present moment: the genocide perpetrated by the government during Argentina’s "Dirty War," the genocide of the Yazidis by the Islamic State of Iraq and Syria (ISIS), genocidal violence against the Rohingya in Myanmar, and China’s genocide of the Uyghurs. Powerful survivor testimonies bring the essays to life and help readers grapple with the difficult lessons presented throughout the book.

While the material in each chapter is based on sterling scholarship and wide-ranging expertise of the authors, eyewitness accounts give voice to the victims. This book is an attempt to provoke the reader into understanding that learning about genocide is important and that we all have a responsibility not to become immune to acts of genocide, especially in the interdependent world in which we live today.