The Specter of Genocide: Mass Murder in Historical Perspective 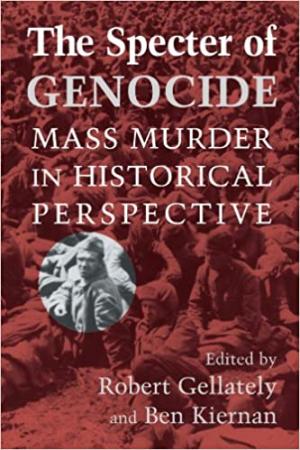 The Specter of Genocide: Mass Murder in Historical Perspective

"Genocides emerge for a variety of reasons and no single explanation can cover every case. But they almost invariably develop in the conext of warfare and extreme social and political crisis, when the normal rules of human interaction are suspended andthe practice of violence is honored and rewarded. In the twentieth century two additional factors came into play, namely, the hegemony of race thinking in the Wet and the seizure of state power by revolutionary movements."

Description:
Focusing on the twentieth century, this collection of essays by leading international experts offers an up-to-date, comprehensive history and analysis of multiple cases of genocide and genocidal acts. The book contains studies of the Armenian genocide; the victims of Stalinist terror; the Holocaust; and Imperial Japan. Contributors explore colonialism and address the fate of the indigenous peoples in Africa, North America, and Australia. In addition, extensive coverage of the post-1945 period includes the atrocities in the former Yugoslavia, Bali, Cambodia, Ethiopia, Rwanda, East Timor, and Guatemala.