Genocide in the Age of the Nation-State: Volume I, The Meaning of Genocide; Volume II, The Rise of the West and the Coming of Genocide 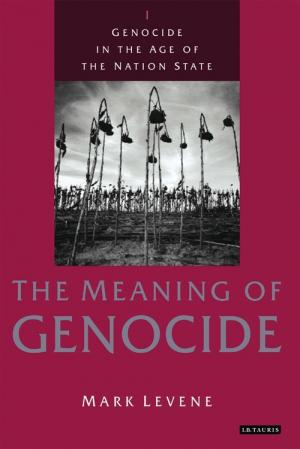 Genocide in the Age of the Nation-State: Volume I, The Meaning of Genocide; Volume II, The Rise of the West and the Coming of Genocide

"As for the examples, which, by general consensus, are referred to as genocide, the Holocaust, epecifically meaning the attempted extermination of European Jewry between 1941 and 1945, whether this is accepted as the example par excellence or not -- bearing in mind some recent quite legitimate caveats which doubt its prototypicality -- is almost universally accepted as a genocide. The only dissenters from this viewpoint are those who wilfully ignore or deny the empirical facts, usually for very specific political motives. There are more dissenters of this ilk with regard to the attempted extermination of Ottoman Armenians between 1915 and late 1916, as thee are those who make a point of ringfencing the Holocaust as the only genocide. Our sole concern hee, owever, is not current vested interests but only the phenomenon itself, the bast majority of scholars of the subject confirming that what happened to the Armenians in this specific period constitutes genocide. Again, only those with current political agendas would deny the 1994 extermination of Tutsi in Rwanda as anythong other than a case of genocide. These three examples, indeed, are sometimes referred to as 'total' genocides, i.e. acts which assume not simply a conscious attempt on the part of the perpetrators to mass murder these targeted groups as groups but, so far as it was possible to do so, to the point oftheir complete annihilation."

Description:
In The Meaning of Genocide Mark Levene considers the phenomenon of genocide within the broad context of world historical development and sets out the conceptual issues in the study of genocide, addressing the fundamental problems of defining genocide and understanding what we mean by perpetrators and victims. Levene seeks to explain how state violence against a range of groups has emerged in tandem with the rise of the West to global dominance and the emergence of inscreasingly streamlined, homogeneous states, and contends that it is in the relationship of these nation-states to each other that we will find the well-springs of some of the most poisonous tendencies in the modern world.