The Great Game of Genocide: Imperialism, Nationalism, and the Destruction of the Ottoman Armenians 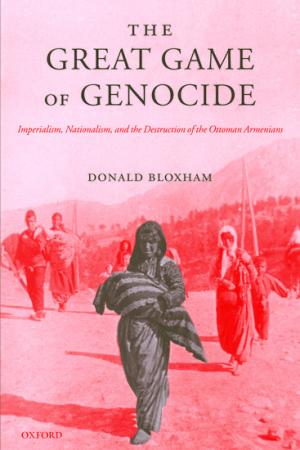 The Great Game of Genocide: Imperialism, Nationalism, and the Destruction of the Ottoman Armenians

"If general deportation was an exceptional initiative, it was also a radicalized continuation of earlier traditions of deportation and banishment, and it is, furthermore, unlikely that the CUP leaders perceived quite so sharply the dividing line that has been drawn in some of the scholarship between the first deportations from Cilicia and those from Anatolia. In the latter deportations, traditions of population engineering and punitive dispersal were fused with another existing practice: that of collective 'reprisal' massacre, as perfected in the border regions -- the element that transforms 'ethnic cleansing' into outright genocide."

Description:
The Great Game of Genocide casts new light on the event and on the ways it has been reshaped in the political and historical consciousness of the world ever since. The book's title, derived from the popular name of the nineteenth-century Russo-British race for hegemony in central Asia, alludes to the importance throughout of intern-imperial struggle and the changing geopolitics of the Near East.