The Young Turks' Crime Against Humanity: The Armenian Genocide and Ethnic Cleansing in the Ottoman Empire 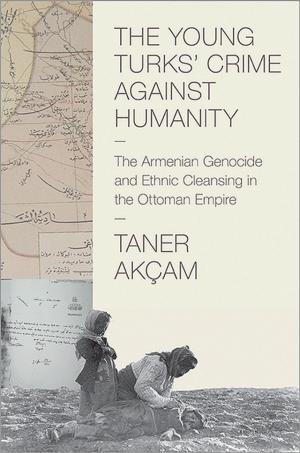 The Young Turks' Crime Against Humanity: The Armenian Genocide and Ethnic Cleansing in the Ottoman Empire

"The deportations left an enormous amount of abandoned Armenian property and posessions in their wake. This posed the question of what policy the government and local officials should take in regard to its preservation or liquidation. The ultimate answer of the Unionist government is highly instructive regarding the ultimate aims of their Armenian policy. On the basis of existing Interior Minister Papers from the period, it can confidently be asserted that the goal of the CUP was not the resettlement of Anatolia's Armenian population and their just compensation for the property and possessions that they were forced to leave behind. Rather, the confiscation and subsequent use of Armenian property clearly demonstrated that Unionist government policy was intended to completely deprive the Armenians of all possibility of continued existence."

Description:
The Young Turks' Crime Against Humanity introduces new evidence from more than 600 secret Ottoman documents demonstrating in unprecedented detail that the Armenian Genocide and the expulsion of the Greeks from the late Ottoman Empire resulted from an official effort to rid the empire of its Christian subjects. With these previously inaccessible documents Akcam goes deep inside the bureaucratic machinery of Ottoman Turkey to show how a dying empire embraced genocide and ethnic cleansing.