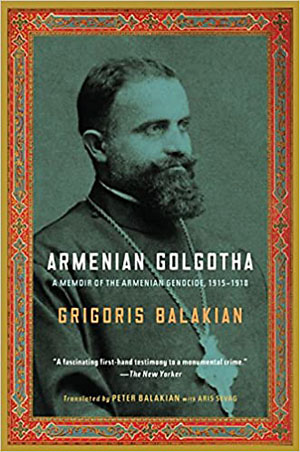 "The execution of this plan had started with the collective arrest and exile of us intellectuals on April 11/24, 1915. It then spread to the Armenian population of all the towns and small villages throughtout Turkey, except for the few Armenian towns that could be found, by the fall, anywhere."

Description:
Armenian Golgotha is a dramatic and comprehensive eyewitness account of the first modern genocide. A high-ranking Armenian clergyman, its author Grigoris Balakian bring to life the words and deeds of suvivors, foreign witnesses, and Turkish officials involved in the massacre process, and also of those few brave, righteous Turks who, with some of their German allies working for the Baghdad Railway, resited orders calling for the death of the Armenians.