The Armenians: History of a Genocide 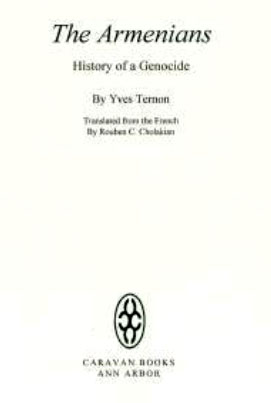 The Armenians: History of a Genocide

"That the Young Turk government organized and committed the collective murder of the Armenian people is an incontestable fact."

Description:
Noted French scholar Yves Ternon details not only the genocide of 1915, but also the massacres of 1894-1896. The genocide is also studied in the overall context of the Armenian Question. Ternon draws on various sources, in several languages, to compile both a scholarly and highly readable account of the tragedy that befell the Armenian people. He explores the process of deportation and the role of the Young Turk leaders in the extermination process. Ternon concludes that these leaders devised a general plan for the complete annihilation of the Armenians, one that they deemed would be low-risk and low-cost.