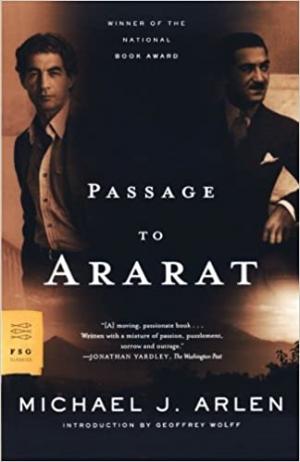 "The Turkish massacres and 'deportations' of the Armenians were the most notable early example of the employment of modern communications and technology in the acting out and realization of political violence."

Description:
A remarkable account of one man's journey to learn more about what his father tried to block from his memory -- the tragedy of the Armenian Genocide. It is a true story with the resonance of a novel. The author travels to Armenia and Turkey to learn first-hand about the history and culture of his forebears. In this fascinating voyage, there is humor and sadness. Arlen tells a story as large as a whole people, yet as personal and focused as the uneasy bond between a father and son. In his search to learn about Armenia and Armenians, he has written about anyone who has ever tried to come to terms, not just with a father, but with a father's fears.